These are our most frequently asked questions (FAQs) about bail.

Our licensed bail agents can provide you with information specific to your case.

What is a Bail Bond? 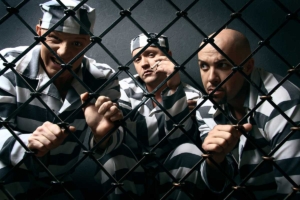 A bail bond, technically called a "surety bond", is a contractual undertaking guaranteed by a state licensed bail bail bondsman who is backed by an insurance company.

The bail agent guarantees to the court payment of the full amount of the bond if the defendant fails to appear for their scheduled court appearances. For your protection, always deal with licensed bail bond company. [Video: What is a Bail Bond?]

What is the Cost of a Bail Bond?

In most states, including California, the cost of a bail bond is 10% of the bail. Note that each state sets their rates and the rates are non-negotiable.

Can I Find Cheap Bail? 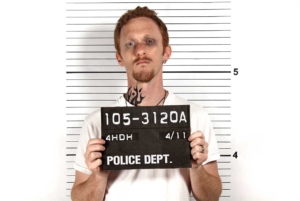 The cost of a bail bond in California is set with the Department of Insurance at 10% of the total bail amount.

We often get the questions from potential clients: “Can you do it for less?”, “Would you take 5% if I pay cash?” Any agent offering bail at 5% in the State of California is simply acting illegally or deceptively.

We understand that you want your bail bond at the lowest cost. If possible, you want "Cheap Bail Bonds". We will work with you to find the best situation to obtain bail in a legal manner.

How Do I Pay for the Bail Bond?

When arranging bail, companies generally need payment in advance of “posting” a bond for the release of a detainee.

At 888 Bail Bonds, we know the cost of the bail bond is more than many people have at hand.  Therefore we offer various payment options, flexible financing and payment plans when acquiring a bail bond. In many cases, we can offer no collateral bail bonds. [Video: Bail Payment Options]

What Happens When a Person is Arrested?

When an individual is arrested, generally, they will be taken to a local law enforcement station for processing and booking. Processing and booking includes fingerprinting, pictures, and nation-wide computer database searches. It can take many hours, but in smaller jails generally happens more quickly.

Bail cannot be arranged until the arrest process is complete. However, we can start the process for a bail bond almost immediately. [Video: Booking & Arrest Information]

A Citation Release involves the issuance of a citation to the arrestee, informing the arrestee that he or she must appear for an appointed court date. This is typical for more minor infractions such as traffic violations.

No bail bond is required.

Defendants can be released on their Own Recognizance, also known as "OR". This is usually reserved for lesser crimes. Only a judge can decide to release a detainee on OR.

In such a case, the defendant is released with a written promise to appear in court and no bail is required.

Can I Just Pay the Full Amount for the Bail? 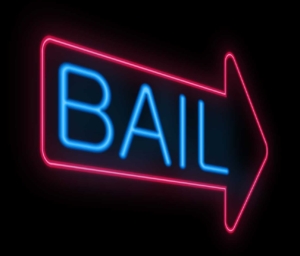 Yes, you can.  To be released on cash bail, an individual must post the full amount of the bail with the court in the form of cash or cashiers check. In order to post cash bail, an individual should check with the bail clerk to verify forms of payment accepted in an individual jurisdiction as different courts may have other options or restrictions. The source of funds for large bail generally must be verified to ensure that funds come from legal sources. [Video: Do I Have to Use a Bondsman?]

What is the Procedure for Bailing Someone Out of Jail?

Generally, a bail bond company will be contacted by phone to begin the bail procedure. During the initial phone consultation, most companies will ask for information about your situation in order to determine the risk involved in the bond and begin the approval process. Once the bail bond is approved, the customer will need to sign basic bail bond documents including an application, Indemnity Agreement, and receipt. After the paperwork is finalized and payment has been made, a licensed bondsman will “post” the bail bond at the jail.

Can Your Company Quickly Handle Bail Bonds for Any Jail in California?

888 Bail Bonds can handle your bail bond quickly.  From start to finish, most bail bonds are completed in 1-2 hours. We are also able to handle bail bond documentation by e-mail and fax in a matter of minutes. In addition, we also have a strategic network of licensed agents throughout California who can “post” bail bonds at the appropriate jail. [Video: Fast Jail Release]

Do You Offer Financing or Payment Plan Options?

We realize that the cost of a bail bond may be more than you have readily available.  If you qualify, we can work out a payment plan.

What Happens if the Defendant is not Bailed Out? 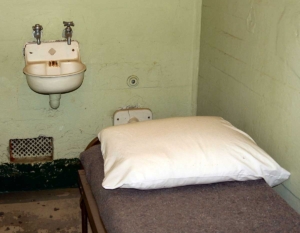 If the defendant is not bailed out, he or she will generally remain in custody until the matter has been resolved in court.

The defendant is taken to court in jail attire. There the defendant can be represented by an attorney, if they have one. At court, several things may happen.

The defendant may also enter a plea in court. Remember, a guilty plea creates a criminal record for the rest of the defendant's life. Job applications and other situations require a convict to report such matters.

What Other Bail Information and Legal Resources are Available?

888 Bail Bonds has a great collection of bail bond resources for your easy access and convenience.  From bail schedules to informational articles, you can find what you are looking for when it comes to information on bail bonds.

Do I Always Need Collateral for a Bail Bond?

Not with 888 Bail Bonds. We often negotiate no collateral bail bonds.

These are called signature bonds. We find that most of our customers are eligible for a signature bond. [Video: No Collateral Bail Bonds]

If I Use Collateral for a Bail Bond, When Do I Get it Back?

When the defendant’s case has been completed and all financial obligations are satisfied, collateral is returned to the individual who pledged it. [Video: Property Collateral for Bail]

Will the Court Take My Property as Bail Collateral?

Yes, the court will take your property as bail collateral.

However, because Property Bonds involve real estate and can be likened to the buying or selling of a home, the process usually takes several weeks.

Equity in the property must be equal to 150% of the total bond amount.

If I Bail Somebody Out of Jail, What is My Responsibility?

When you bail someone out of jail, you are called the bail bond indemnitor.

You take full responsibility for the defendant to show up in court when you bail someone out of jail.

Most issues with appearance in court are easily resolved and rarely escalate beyond a simple phone call. [Video: What is the Financial Responsibility of a Bail Bond Signer]

What Happens if a Defendant is Bailed Out and Fails to Appear in Court?

If the "failure-to-appear" in court was a simple mistake, then the bail bond company or an attorney can usually make arrangements for the defendant to return to court.

Courts generally understand that people get sick, traffic or car problems arise and other unforeseen circumstances occur. This is most commonly the situation and is easily remedied. [Video: Skipping Bail]

How Do We Know We Can Trust Your Bail Bond Company?

We are a family business and we pride ourselves on our professionalism and our family has been in the bail business since 1971.

You can trust our company by verifying our bail bond license status by contacting the California Department of Insurance at 1-800-927-HELP (4357).